What is Binary Classification?

In machine learning, binary classification is a supervised learning algorithm that categorizes new observations into one of two classes.

The following are a few binary classification applications, where the 0 and 1 columns are two possible classes for each observation:

In a medical diagnosis, a binary classifier for a specific disease could take a patient's symptoms as input features and predict whether the patient is healthy or has the disease. The possible outcomes of the diagnosis are positive and negative.

We can evaluate a binary classifier based on the following parameters:

After obtaining these values, we can compute the accuracy score of the binary classifier as follows: $$ accuracy = \frac {TP + TN}{TP+FP+TN+FN} $$

The following is a confusion matrix, which represents the above parameters:

In machine learning, many methods utilize binary classification. The most common are:

A Python example for binary classification

For our data, we will use the breast cancer dataset from scikit-learn. This dataset contains tumor observations and corresponding labels for whether the tumor was malignant or benign.

First, we'll import a few libraries and then load the data. When loading the data, we'll specify as_frame=True so we can work with pandas objects (see our pandas tutorial for an introduction).

The dataset contains a DataFrame for the observation data and a Series for the target data.

Let's see what the first few rows of observations look like:

The output shows five observations with a column for each feature we'll use to predict malignancy.

Now, for the targets:

The targets for the first five observations are all zero, meaning the tumors are benign. Here's how many malignant and benign tumors are in our dataset:

So we have 357 malignant tumors, denoted as 1, and 212 benign, denoted as 0. So, we have a binary classification problem.

To perform binary classification using logistic regression with sklearn, we must accomplish the following steps.

Step 2: Split the dataset into training and testing sets

We use 75% of data for training and 25% for testing. Setting random_state=0 will ensure your results are the same as ours.

Note that we normalize after splitting the data. It's good practice to apply any data transformations to training and testing data separately to prevent data leakage.

Step 4: Fit a logistic regression model to the training data

This step effectively trains the model to predict the targets from the data.

With the model trained, we now ask the model to predict targets based on the test data.

Step 6: Calculate the accuracy score by comparing the actual values and predicted values.

We can now calculate how well the model performed by comparing the model's predictions to the true target values, which we reserved in the y_test variable.

First, we'll calculate the confusion matrix to get the necessary parameters:

With these values, we can now calculate an accuracy score:

Other binary classifiers in the scikit-learn library

Logistic regression is just one of many classification algorithms defined in Scikit-learn. We'll compare several of the most common, but feel free to read more about these algorithms in the sklearn docs here.

We'll also use the sklearn Accuracy, Precision, and Recall metrics for performance evaluation. See the docs here if you'd like to read more about the available metrics.

To quickly train each model in a loop, we'll initialize each model and store it by name in a dictionary:

Performance evaluation of each binary classifier

Now that we'veinitialized the models, we'll loop over each one, train it by calling .fit(), make predictions, calculate metrics, and store each result in a dictionary.

With all metrics stored, we can use pandas to view the data as a table:

Since we're only using the default model parameters, we won't know which classifier is better. We should optimize each algorithm's parameters first to know which one has the best performance.

Top courses you can take today to begin your journey into the Artificial Intelligence field.

Associate Professor of Computer Engineering. Author/co-author of over 30 journal publications. Instructor of graduate/undergraduate courses. Supervisor of Graduate thesis. Consultant to IT Companies. 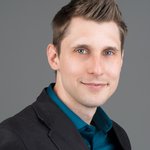